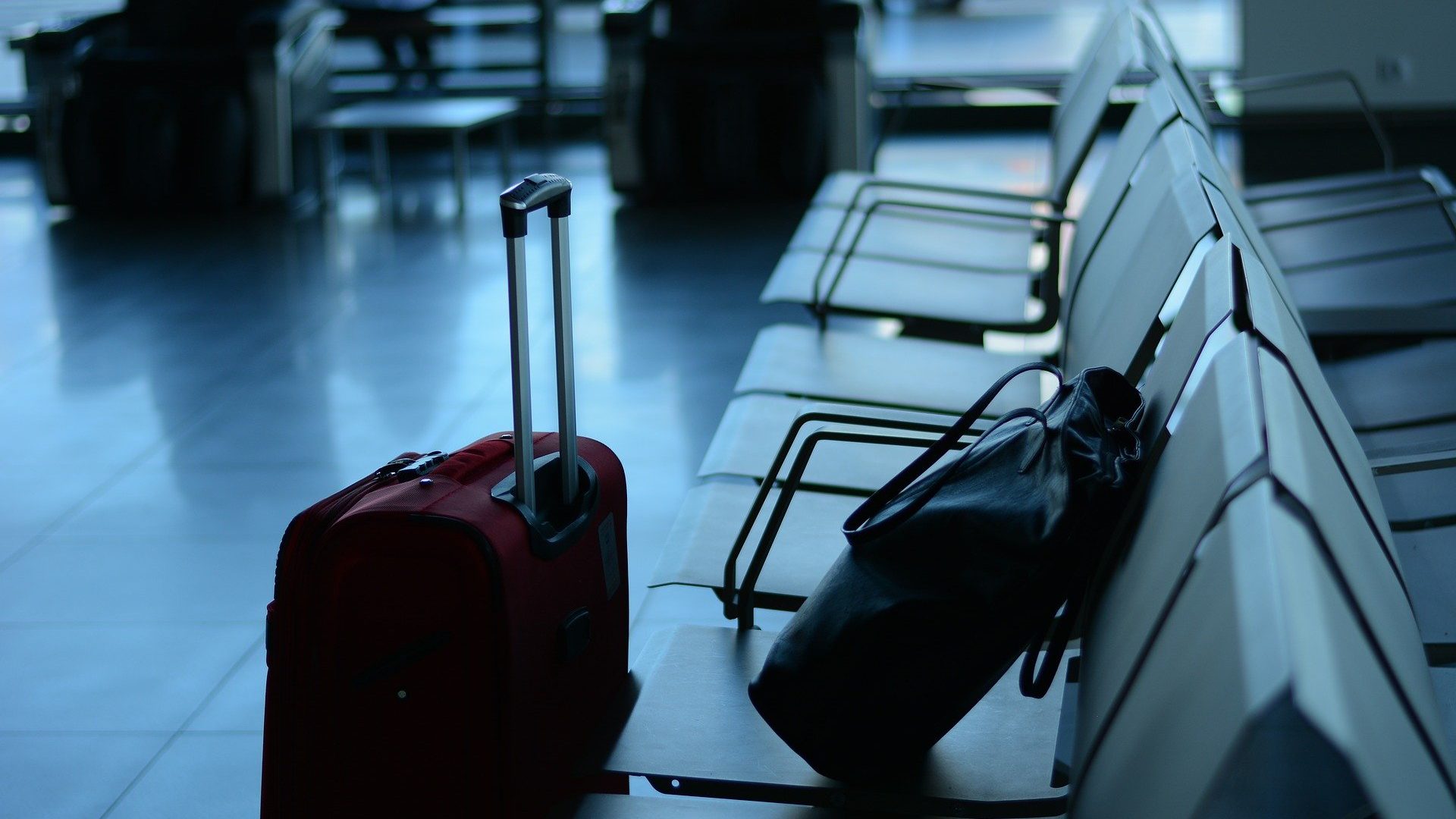 Academic Conferences Should Be Outlawed

It’s conference season! Thousands and thousands of social scientists are flying around to visit conferences. The American Sociological Association gathers with more than 4000 participants in 600 sessions in Chicago. In 2014 the journey went to San Francisco and in 2013 to New York City. About 600 members of The European Political Science Association present papers in the splendid Schloss Schönbrunn in Vienna. Last year they went to Edinburgh, next year Brussels is waiting. The International Political Science Association will meet next year in Istanbul. Last year more than 3000 scholars from 80 different countries travelled to Montreal, and in 2012 comparable numbers went to Madrid.

The International Sociological Association meets in Vienna next year. In 2014 more than 6000 people went to Yokohama, Japan. The Congress Statistics show that 599 people came from the USA, 408 from Germany, 317 from England, 266 from France and 128 from the Netherlands (so almost everybody went). About 30% of these people were students. The theme of the conference about which this international sociological jet set was supposed to talk was well chosen: “Facing an Unequal World: Challenges for Global Sociology”.

The American Political Science Association confers this summer in San Francisco and advertises its meeting as follows: “San Francisco is known for its cool summers, steep rolling hills, an eclectic mix of architecture, diverse neighborhoods, world renowned landmarks including the Golden Gate Bridge, cable cars, the former Alcatraz prison, and a host of spectacular art and science museums. Get ready to end your summer in the city by the Bay!”

The theme of the conference is: “Diversities Reconsidered: Politics, and Political Science, in the 21st Century.” No idea what that is, but it turns out that anything goes, so everybody is welcome. Consequently, you can go to panels with topics like “Dream, Work, Play: Psychoanalysis, the Unconscious, and Radical Politics”, “Interrogating, Historicizing, and Decolonizing Materialist Politics and Method”, “The Strangest Experiences: Salvaging Complexity in Political Theorizing”, “Rethinking Democratic Agency: Race, Gender, Sexuality, Autonomy”, “Ideas, Institutions, and Cities”, or, not to forget (on Thursday 4.15 pm, in the Hilton Hotel, room Franciscan A): “Strategies for Promotion from Associate to Full Professor”. 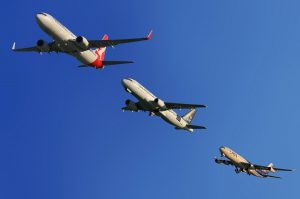 There are 55 divisions at this APSA-conference, which is also visited by many Europeans. Each division contains about 15 to 20 panels. On top of that there are dozens of “related group panels” from organizations ranging from the American Enterprise Institute, the McConnell Center for Political Leadership, to The Churchill Centre hosting the panel “What about the Dardanelles? A Hundred Year Retrospective on Churchill at the Admiralty in 1915.” In total there must be about a thousand panels, a number nicely illustrating the fragmented, esoteric, scholastic and, consequently, socially irrelevant character of contemporary political science.

Moreover, there are more than 500 formal “meetings and receptions” like the “Siting and Engagement Networking Reception”, the “International Association Leaders Breakfast” and the “Conference Group on Taiwan Studies Reception”. Obviously, in addition there are probably thousands of informal networking gatherings at breakfast, lunch and dinner tables, in the conference-corridors, in the pubs and in hotel lobbies and rooms.

Why do people go to conferences? This is one of the best kept secrets of university life. We keep it secret for the public, because the public is paying and would not be amused finding out what is going on. The financial, but also environmental costs of this flying circus are tremendous, so we better keep it quiet (in next blogs we are going to present some costs-calculations). 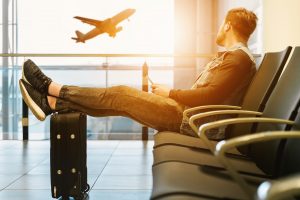 Do we need to go to conferences for “international exchange”? Ever heard of print, letters, fax, telephone, email, Skype, the internet? The World Wide Web was invented to ease the communications between scientists but the attendance of conferences only keeps proliferating. Science or scholarship is not an oral but a written culture and only really took off after the invention of print. We write things down so that others at other times and at other places can read it and can think it over. They can react to our findings or thoughts by commenting on it in books and articles, by writing us letters, emails, tweets, by calling us, by inviting us for coffee, by Skyping with us. There are plenty of options and there is hardly ever any need to leave your room and pollute the environment. Recently, I have been communicating a lot with Plato, Machiavelli, Berlin, and Dahl. They are all dead. How would this communication be possible when there was a need for conferences?

The fact that science is a written culture is explained by the superiority of the written word over the spoken word. Written language is much more accurate, coherent, consistent, cogent, analytical and consequently much more powerful to express thoughts. People can read and reread texts at their preferred pace, stop to ponder about the consistency or truthfulness of particular sentences and paragraphs, they can reread previous parts when they got lost or to check the coherency of the argumentation, etc. The written word makes an accumulation of insights possible and gives scholars the opportunity to stand on the shoulders of colleagues, dead or alive. It leaves less room for manipulation, forgery and deception. Regularly, when listening to a lecture I get the impression that the speaker has something interesting to say, only to find out later, after having read his or her text, that is was all bogus. Listening to somebody who reads aloud, often in hardly understandable English, a paper which we could all read ourselves, is just a stupid waste of time. As research has also shown over and over again, texts that are read are much better understood and remembered, than texts listened to.

Why do people go?

So why do scholars travel to conferences? First of all, as everybody knows at universities, people hardly ever choose to go to a particular conference because of its general theme or content. They mostly go because of the destination. That’s why in every information folder on a congress much space is taken up by descriptions of hotels, restaurants, touristic outings, shopping opportunities, weather conditions, et cetera. Therefore, conferences hardly ever take place in decent places like Hannover, Enschede, Lille, Allentown or Birmingham. Too much rain, too cold, no entertainment, no night life. San Francisco, New York, Sao Paulo, Yokohama, Madrid, Berlin, Vienna, that’s where we like to go, and we want the university to pay for it. Once we are there we also stay some time longer to enjoy a well-deserved holiday. The tickets have already been paid for, so.

What are people doing next? They network. To survive at universities they need friends, acquaintances, letters of recommendation, publications, citations, reviews, appointments, invitations; they need to spin themselves a safeguarding web of mutual obligations, expectations, admirations, favor banks. It is not just fun that brings people to conferences but also pure angst, angst to be all alone, to be left alone, angst not to be a part of a shielding group needed to get ahead in university life. Thus I cite you, when you cite me. I invite you for a lecture, 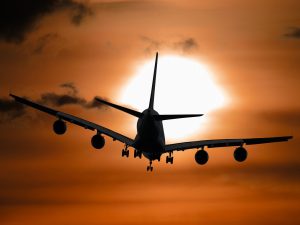 when you invite me too. With no more than maybe fifty people we together run an “international” academic journal only read and cited by ourselves. Together we invite ourselves to an international conference and present our papers to ourselves in one of the many sub-sub-divisions only visited by us. Hardly anybody else could be interested since the topic is usually way too small and too “specialized” (Usually there are hardly any other participants in the panels than the ones presenting their papers, papers that they could also have discussed via email or Skype). Back home we tell the folks that we are important international scholars who are invited to express their thoughts all over the world. We are cited by foreigners. We belong to the top of our profession. Do not bother us with local problems, we think globally! We are after objective, universal, eternal insights and theories. Obviously, like in any corrupt society, the expectations and obligations are not explicitly but only implicitly communicated. Do not rock the boat, respect the system and its hierarchy, otherwise you will be excommunicated.

Should we not outlaw conferences? Already from an academic perspective, absolutely. In science or scholarship only plausibility, craftsmanship, integrity, or truth should be decisive. All other social motivations to cite, to review, to publish, to invite, to appoint, to confer should be fought. That’s why peer review should be anonymous (which is now hardly the case since the professions have been divided up in that many small inner circles, that everybody immediately recognizes each-other’s style of writing and argumentation). That’s why applications for grants, fellowships or jobs should be anonymous. And that’s why conferences, breeding places of what in the outside world would readily be recognized as corruption, cooptation, nepotism should be outlawed.