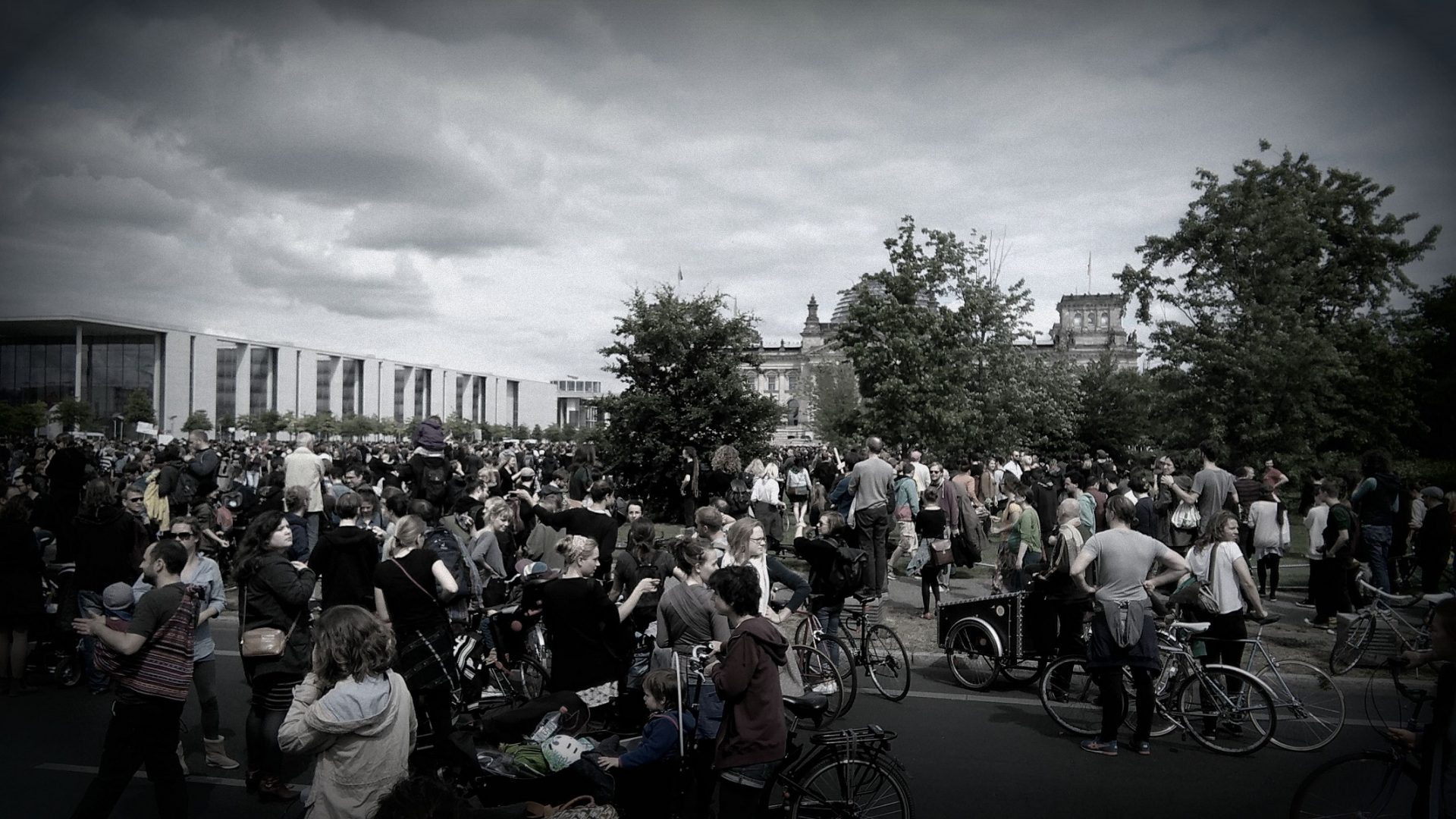 It is often assumed in social and political science that citizens should participate more in political structures and processes aimed to bring about or to influence public decision making. The current strong interest in our disciplines in topics like citizenship, social capital or public deliberation indicates that we apparently believe that more political participation is feasible, as well as valuable.

The expectations, ideals or goals that are connected to participation are diverse. Obviously, no democratic system or procedure can stay legitimate when too many people decide not to take part. Participation gives legitimacy to the decision making process and its outcomes by infusing this process with the existing preferences of the citizens and by ostensibly showing respect for their autonomy and individuality.

Besides, participation furthers the feelings of being part of a political community with shared democratic norms, values and goals. These norms and values are learned and fostered when people actively take part in democratic decision making. Feelings of political community are necessary to make majorities respect the rights and interests of minorities, and to make minorities accept decisions of majorities. Because the European Union is foremost an economic and not a political community this necessary solidarity is often absent, as is shown by the crises we have been stumbling through in the last couple of years.

Last but not least, participation is often seen as an instrument for personal development. People are political animals, Aristotle said, that only in interaction with others can develop their full potential. By the open exchange of ideas, views, goals or preferences they search, find and define their own position and identity. Consequently, it is not enough for a democracy that people cast a vote. This can only be the last act in a deliberative process in which citizens actively inform and educate each other about ideas on the good life and the good society. At the end, they are supposed to formulate an informed, well considered volition, which is something else than a blunt preference. In the same way, pleas for participation should never be understood for pleas for people marching the streets, unlimited numbers of referenda or internet-democracy. Real democratic participation is about developing volitions regarding the common good, notabout expressing personal preferences or likings.

That people should participate more in politics than they actually do, is an old complaint of political scholars. When one believes in politics, as political scholars regularly do, the level of participation can never be enough. Marx wanted us to talk politics after every dinner. Obviously, the fact that complaints are old does not proof that these complaints are invalid. Old complaints could put current complaints in perspective, though. In a famous position paper from 1952 Eldersveld, Huntington, Janovitz, Truman and others stated it could be assumed that at least since the turn of the century (1900) political participation had been on the decline: “The apparent long-term decline in voting participation since the turn of the century, and the high percentage of apathy and disinterest discovered in studies of non-voting, suggest it” (1952: 1017). “Today”, they continue a few pages later, “there is increasing alarm among governmental leaders, as well as students of politics, over the decline in participation” (1952: 1024). One worried especially about a declining legitimacy of democratic institutions and governmental policies.

During the sixties and the first half of the seventies the attention for participation reached a high. Many scholars thought that post-war political science had been too long in the grip of fear for political instability, caused by incompetent, emotional masses marching the streets. Consequently, political disinterest and apathy was regularly welcomed, often as proof of contentment with the status quo. It was now time to move on and to rediscover the old Greek ideals of democratic participation. Platforms for taking part in decisions making processes had to be installed in all spheres of life, not just in the formal political system. Personal development as well as building up and celebrating political community were the goals (for an overview of these debates see Blokland 2011: chapter 7).

The debate was primarily theoretical. There was not much research into how to organize political participation in such ways, that it indeed brought about the desired effects: personal development and political community. Also, did people indeed want to participate as much as many presumed?

Already in the seventies, William Schonfeld pointed out the costs that participation entails, and not merely in terms of time and effort. Participation also means that one becomes partly responsible and that when things go wrong, one thus can no longer hide behind others. Moreover, by no means does it guarantee that people will have things their way. Losses after participation can be harder to take than losses without participation, and therefore deferring participation could be a rational strategy (1975: 152-3). In practice it often proved that people were barely motivated to take part in decision-making. Schonfeld referred to the French experiences with economic democracy and to the experiences at universities. He concluded that “The escape from freedom is also an escape from participation filled with costs and uncertainties. Most people may want greater control over their own destiny; but for many of them, the price to be paid for this control may be too high. Consequently, as a general principle one should not hypothesize that an individual’s desire to participate will lead, if occasions present themselves, to actual, sustained participation” (1975: 153).

Over the past two decades, participation has once again taken a prominent position on the political science agenda. The issues are for the most part identical but the titles are different: ‘citizenship’, ‘social capital’, ‘associative democracy’, and ‘deliberative’ or ‘discursive democracy’. Besides theoretical essays, more empirical studies in political psychology and sociology have become available. This is important progress (unfortunately, the theorists again too often make too little use of the available empirical studies). I shall expand on only two of the main topics (1).

First of all, research reveals that people’s capacity to participate meaningfully in democratic consultative bodies is to a large extent determined in their first years of life. The capacities of listening to others, accepting the existence of alternative views, allowing oneself to be convinced by better arguments, and dealing with complexity are formed in these years. Moreover, as so many other advantages, they are distributed unequally (beware: I do not write socially unequal). Consequently, people profit to an unequal degree from a confrontation with alternative views. The greater the sense of self-respect, self-esteem, self-assurance, intelligence, and the level of education, the greater the chance that the effects of democratic participation that its advocates expect will indeed occur: more understanding of others and of one’s own preferences and standpoints. Yet there is just so much deliberation that anyone can tolerate after a certain point; in an effort to again get a grip on the increased complexity, people grasp onto slogans and heed rallying cries. Thus, the effort to increase deliberation or participation involves some risks: one can end up with effects that are the opposite of those intended.

Aside from that, there is a more general lesson, namely that increasing the democratic or deliberative character of a society would require first of all increasing people’s chances of growing up in safe, secure, and stimulating surroundings. If this requirement is not sufficiently met (in the most extreme case, one might think of countries such as contemporary Kosovo, Syria, Iraq and Afghanistan), then one should proceed with the greatest caution. In this sense too, democracy requires social equality and social justice.

In connection with the above, research shows that people have unequal capacities for taking opportunities to influence decision-making. Consequently, growth in such opportunities could imply greater political inequality (cf. Sanders 1997). Within the existing political structures, the more highly educated and better paid citizens exert more political influence than their less well-endowed fellow citizens. In the new deliberative consultative bodies that many countries have experimented with in recent years, it is again the members of the former group who often set the pace. Yet the fact that they have been given even more chances to make their voice heard rarely guarantees that the political community in question has become more ‘democratic’.

Finally, an expansion of the opportunities for participation is risky when that expansion does not essentially increase the political influence of the citizens. Although participation can have many valuable side-effects, such as self-actualization and community building, it is ultimately motivated by the desire to exert effective influence on its environment (cf. Elster 1988: 23-5). Creating a false illusion that this desire can be realized could evoke feelings of political alienation and political cynicism, feelings that people had been trying to eradicate precisely through the new possibilities for participation. The challenge here is above all to translate ‘grassroots democracy’ into views and options regarding the fundamental social structures and processes that ultimately determine people’s lives (cf. Coles 2006: 549). Citizens who succeed in getting the authorities to provide stoplights or planters but have to sit back helplessly and watch when bureaucracies and markets make drastic changes in their conditions of daily living will, in the course of time, also show less and less attention for stoplights and planters.

What can citizens and policy makers learn more from these insights?

Do not go to war to bring ‘democracy’ to regions often torn apart by decades of civil war. Sensible democratic structures help to further a democratic culture, but can only be established when there is already a minimum of democratic values, attitudes, expectations, habits. It can take decades to create the security, stability, equality, humanity needed to enable open-minded democratic deliberation (2).

Furthermore, the way deliberative settings are organized are of extraordinary importance for its success or failure. People that feel attacked and disrespected, will never open their mind for alternative views. Bringing the wrong people together under the wrong chairperson or moderator, allowing the creation of an antagonistic, confrontational, competitive atmosphere and not serving coffee and cake on time, is asking for disaster.

Lastly, more deliberative possibilities for political participation do not always open the way for disadvantaged and introvert people to be heard. On the contrary. Their voice habitually get lost in the self-confident roaring of the better educated and the better paid extroverts. The disadvantaged majority cannot do without organizations where their numbers count: political parties, unions and other interest groups.

These are valuable insights from political science.

One Reply to “Lessons from Political Science on Participation & Democratization”