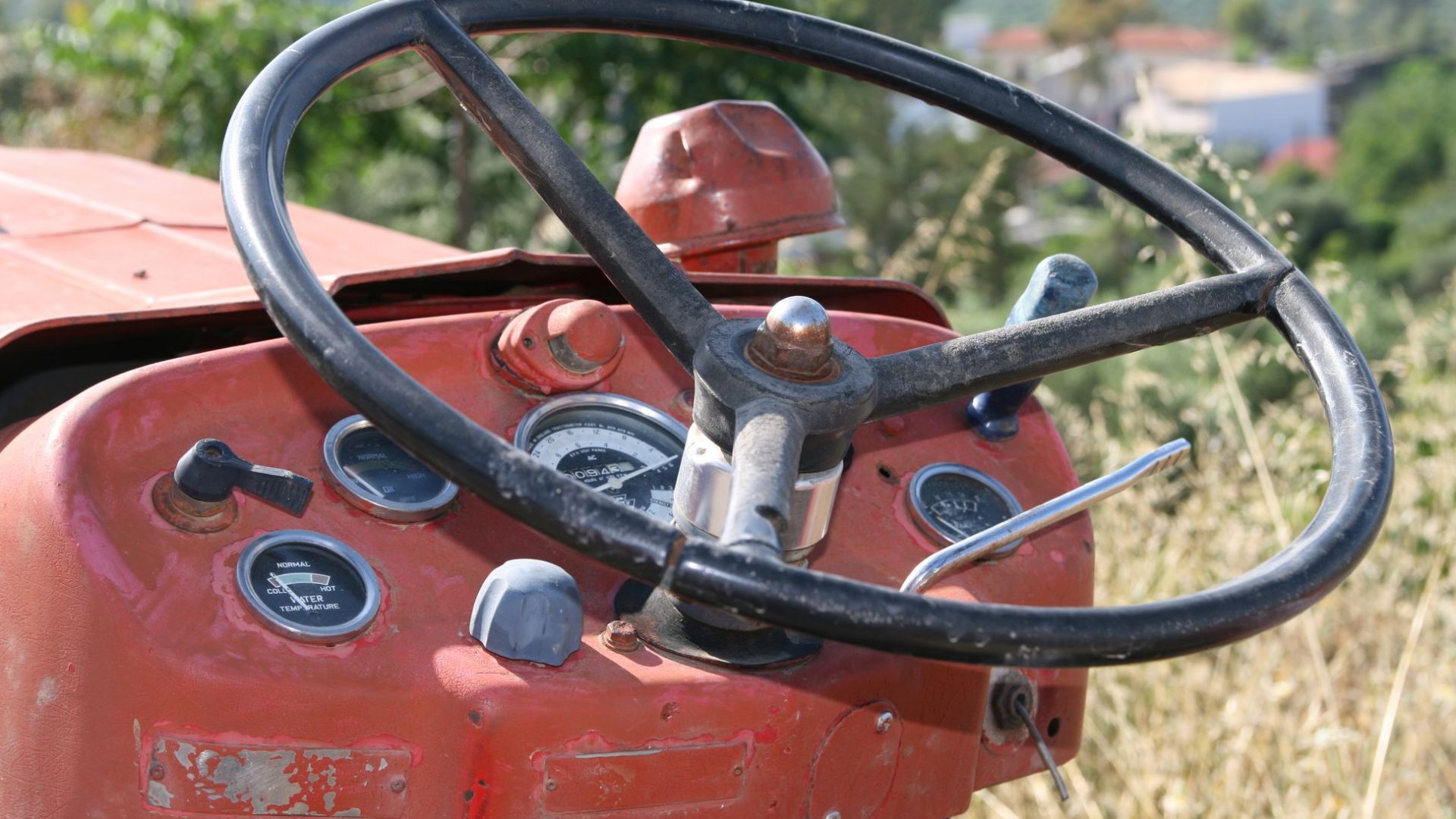 Angry, but not bad people on the Brandenburg countryside

We are in a small town in rural Brandenburg and talk for two days with 32 long-term unemployed people. Most of them are older than 50. They opted to become a part of a reintegration-program that freed them from the obligation to apply for jobs on the provision that they would follow all kinds of educational activities preparing them for the labor market, or simply for society. The small political education we offer, is a part of this. They are waiters, bricklayers, cooks, sales(wo)men, cashiers, housepainters, secretaries, housewives, warehouse clerks, pre-school teachers or without a finished education. The majority never lived somewhere else. Nobody has a migration-background. The reasons for their unemployment are various: the destruction after unification of the companies where they used to work, the disappearance of their trades, low education, the simple absence of new jobs, psychological and physical problems, addictions.

We discussed women rights, masculinity, homo sexuality and, most of all, the European Union: what is it and what do we want from it. The last topic was chosen because of the upcoming European elections.

We arrive, as agreed upon, at 9 AM and find only 5 people present. The person in charge is 15 minutes late. She calls a colleague in another building telling him to send over the other members of the group that are supposed to take our class. Several people are reported to be ill. Slowly more people show up. The group is complete at 10 AM.

The cable for the beamer is missing. A person is called and asked to bring it from the other building. He brings the wrong one after 20 minutes. Somebody else goes away to collect the right cable, and comes back after 40 minutes.

We are chatting in the meantime. A man in his early fifties is wearing a sweater with at the back a text stating that Germany is about eating pork and drinking beer, and in case you do not like that, you can just bugger off. At the front of his sweater Kalashnikovs are draped around the German flag. We ask him what all the texts and symbols on his sweater mean, and how he got it. He answers politely and smilingly. Another man, a friendly, big, tattooed former construction worker, is also wearing a sweater with lots of text, but these (mostly English) phrases turn out to be meaningless, we find out together (“Camp David”, “1956”, “Top Speed”, “Urban Development”, “For High Latitude”, “Crew”, ach so).

There is a coffee machine and we propose to have coffee together. It appears, though, that the people have to pay for the coffee (50 Eurocents). Almost everybody chooses not to have it. We feel bad having brought up the topic and getting the coffee for free ourselves.

Among others, we are struck by the lack of understanding of the European Union: most participants had been born in the DDR, left school before 1989, and had never been properly informed about the EU since then. They have no clue when the EU was founded, why it was created and by whom, or what it brings. This is not entirely their fault.

The people that speak out, estimate that the European Union is 20 years old. They are surprised to hear that the first agreements and institutions date back to the fifties. Most of what happened in Western Europe before the fall of the wall, is unknown. The strongest association regarding the EU is the Euro. That the EU not only stands for economic interests, but also for values, like the goal never to have a war on the continent again, is a new perspective. To their mind, it was Angela Merkel who wanted the EU and the Euro. Nobody ever asked them. The whole thing was decided over their head, as with Harz4, a reform of the welfare state that was wanted by the EU, they assume. What was wrong with the Mark? Since we have the Euro everything has become twice as expensive, and our incomes have hardly increased. The EU is also anti-Russia and takes a big risk with that. The functionaries in Brussel take a lot of decisions over our head. As with the German politicians, they have no idea what the life of citizens like us looks like. What does the EU bring us anyway? How did it improve our lives? It is better to leave the EU so that we can make our own decisions again.

We try to infuse the discussion with information, mainly just bare facts (no, Angela Merkel did not found the EU; no, Harz-4 is not a European decision but a local, German one; no, Turkey is not a member of the EU). As the discussion unrolls, at some point a woman rather suddenly declares that, when she is honest, she has to admit that she has no idea what she is talking about. It is all so terribly complicated, she says. And directly addressing the other participants she asks: what do you know? Should we not first inform us, before we have any strong opinions about this? Nobody opposes her.

Remarkable was the hesitation towards sex equality. Many participants, especially some female ones, did not consider it a great idea to have more women in leadership or managerial positions: in their East German experience, women fight nastier than men, and while fighting often forget to take necessary decisions. They prefer to work together with men.

Many participants were also of the opinion that there are important differences between men and women that explain and justify the overrepresentation of men at the top of corporations and other organizations. Men are rational, women emotional and unable to make clear and though decisions. Donald Trump just builds a wall, as any man would do, whereas Angela Merkel opens the borders and lets everybody invade the country. When a board of governors of a corporation would have ten members, only one or maybe two of them should be female. The overrepresentation of women in the caring professions is also natural and will never really change.

As usual in our workshops, we asked our participants at the beginning of our discussions to fill in a survey. 25 people did so. We invited people to react to about 50 theses. These are some of the results:

“Cultural diversity is a threat to the harmony and balance of society”. 3 of the 24 people that answered this question, “totally agreed” and 5 “agreed”. 8 respondents were indecisive, 3 “disagreed”, and 5 “totally disagreed”. On a scale of 1 (totally disagree) to 5 (totally agree), the average was 2,92.

“I trust that the media in Germany report in a fair and balanced way on current social issues.” 11 of the 25 respondents “totally disagreed” (1) and 4 respondents “disagreed” with this thesis. 4 people were indecisive, 5 “agreed” and 1 “totally agreed” (5). The mean was 2,24. Several people complained about the press, not representing their circumstances and ideas in an appropriate way and putting pejorative labels on them as soon as they express thoughts on migrants and politics.

“People like me don’t have any influence on what the government does.” 8 of the 25 respondents “totally agreed” (5) and 5 “agreed”. 6 people were indecisive, 5 “disagreed” and 1 “totally disagreed” (1). The mean score was 3,56. As with the previous question, this high score is found back in all populist milieus, which does not prove, by the way, that the observation is incorrect.

“The people we elect as member of parliament try to keep the promises they made during the election campaign”. 5 of the 23 people that reacted to this statement “totally disagreed” (1) and 9 “disagreed”. 5 people were indecisive, 1 agreed and 3 “totally agreed” (5). The mean was 2,48.

“A homosexual couple has the ability to raise children”. 15 of the 25 respondents “totally agreed” (5), 2 “agreed”, 5 were indecisive and 3 “totally disagreed” (1). The average is 4,04. In comparison to other groups, like male adolescents, the views of these participants on homosexuality are remarkable liberal. Also for this reason, the answers to the next question on racism were, let us call it, disappointing:

“Different racial groups have inherited different capacities.” 5 of the 25 respondents “totally agree” (5) and 6 “agree” with this statement. 7 are indecisive, 1 disagrees and 6 totally disagree (1). The mean score is 3,12. In German the question is formulated as follows: “Unterschiedliche Rassen von Menschen haben unterschiedliche Fähigkeiten“. Obviously, for historical reasons, the term „Rasse“ normally alarms people in Germany. Nevertheless, research regularly finds a strong latent racism among a significant minority of the German population.[1] We do not know why this group seems more racist than on average (we also did not discuss it), but we suspect that also lack of education plays a role. Several people might have thought that by stating that different races have different capacities they were in fact paying respect to other “races”.

“There are professions which should only be done by men or women.” 4 of the 25 respondents “totally agreed” (5) and 6 “agreed” with this statement. 9 people “totally disagreed” (1), 1 “disagreed” and 5 were indecisive. The mean was 2,4. These positions mirror what was expressed during our deliberations.

“Women should have the same rights as men.” 16 of the 25 respondents “totally agreed” (5) with this statement, and 3 “agreed”. 2 people “totally disagreed”, one person “disagreed” and two did not know.

The people talk a lot on the humiliations they have to endure on an almost daily basis from institutions like the social welfare office and the job center. Since they are supposed to be immediately available for the job market, they have to stay in their homes between 8 AM and 4 PM, for instance. Any moment, a corporation could call them and offer them a job, the authorities seem to assume. One person tells that one day he had gone to visit a doctor – many participants have health issues and also talk a lot about it – and that unfortunately exactly on that day the authorities had checked whether he indeed was home. Two days later he had gotten a yellow envelop (German authorities that want to harass citizens send yellow envelops) with a letter stating that his allowances would be cut when this would happen again.

Feelings of humiliation, degradation, deprivation are pervasive. When we discuss masculinity in the context of gender, the big former construction worker (who we envisage as a wonderful youth worker) says he considers the entire topic a bit off target. How could he feel like a man? He does not have a job, he cannot feed his family, he is dependent from the state, he lost his health, strength and youth. He does not feel like a man anymore. Talking about masculinity is a bit awkward for him.

This pain is general. The frustrations run deep and have been build up over a very long period. Many of the frustrations and much of the anger is also perfectly understandable and even reasonable. They find an outlet via the expression of standpoints of which these people know that those who fare better, are angry or scared. It is a kind of giving them the finger back. But are these people “bad”, “racist” or “fascist”? We doubt it. Over and over we are struck by the easiness by which these people are ready to admit that they do not really know what they are saying, that they do not really mean it and are willing to rethink their positions. But this all starts with showing them some respect and treating them with a little dignity. Exactly this has often been absent in an Obrigkeitsstaat like Germany.

[1] In the recent study „Verlorene Mitte” of the Friedrich Ebert Stiftung it is reported for instance, that around 10% of Germans agree or wholly agree with the statement that “weiße Menschen zurecht führend in de Welt sind” (2019: 66). And 15 to 20% agrees or wholly agrees with the statement „Aussiedler sollten besser gestellt sein als Ausländer, da sie deutscher Abstammung sind.“