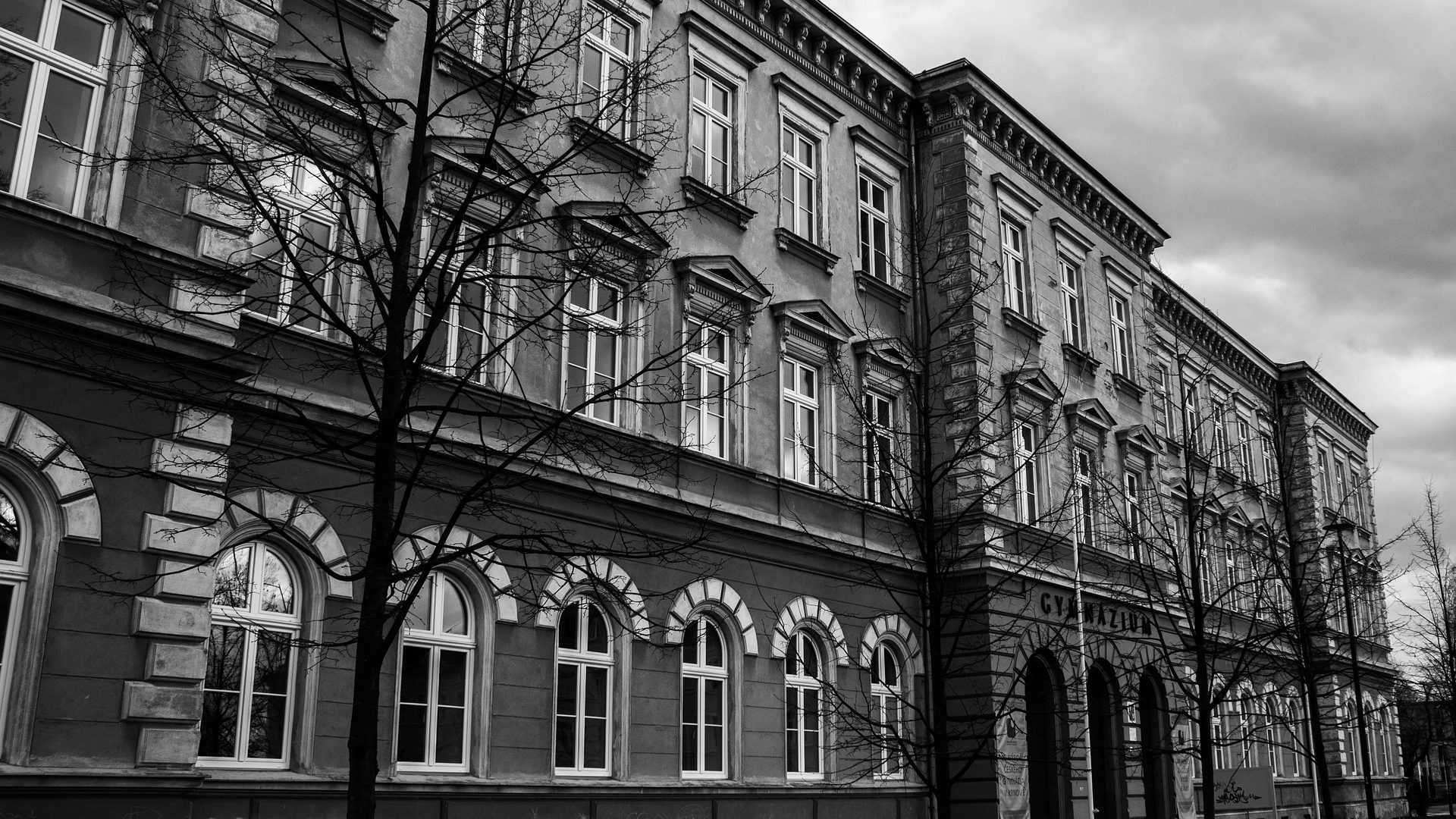 “People have to work!” A Deliberation at a Secondary School in Brandenburg

This “Schule mit Courage” in a town East of Berlin has in total 330 pupils. About a third are first generation migrants or refugees (mostly from Syria or Afghanistan). The school works with a refugee home nearby which we already knew well, having organized workshops there in the summer of 2017. The three workshops mostly took place during school hours and were offered to the students on a voluntary basis. Fortunately, after meeting with us, the youth worker based at this “Oberschule” really believed in the program and helped to promote it. He convinced the school director to support the program and was key to the recruitment of the pupils; they seemed to have a lot of trust in him and his activities.

An “Oberschule” (secondary school) is the level below the Gymnasium and mainly prepares for the job-market. “Schools with Courage” explicitly have an anti-discrimination profile. They have to apply for this title and to keep it they have to organize activities to counter all kinds of discrimination, including racism and anti-Semitism. Brandenburg counts 73 “Schule mit Courage” (out of 2663).

The first workshop had 17 participants. Nine had a migrant-background. We had four participants of 18, five of 17, five of 16, and three of 15. Seven girls and ten boys.

The second workshop, 10 days later, had 12 participants, six with a migration background. And the last workshop, a week later, attracted 11 people.

About half of the participants were actively involved, but because of language and communication barriers the other half was mainly listening. The pupils treated each other respectful and were able to concentrate for long periods of time.

Since these students volunteered to participate, one might reasonably assume that they are relatively interested in politics, and feel less alienated than those who didn’t. The survey we held at the beginning of the workshop certainly indicates that.[1]

For most of the participants, explaining and justifying their personal ideas and opinions in a coherent and rational way, was clearly a new experience. The joy of debating and reasoning with each other was new. The pupils did have “Politische Bildung” (political education) in their curriculum, but this was mostly about the reproduction of “facts”: how many political parties do we have in Germany? how is parliament elected? when was Germany united? The knowledge of these facts could be checked in tests. The open ended questions often incited bewilderment, confusion and after a while sometimes also irritation, questions like: why is democracy is important? why does politics exists? why is freedom is valuable? for what kind of questions we have final answers and for what kind of questions we do not? what kind of topics can we or should we leave to experts, and what kind of topics to politicians or citizens? or even why men and women should have equal rights? The students were not used to defending and to justifying values that they instinctively agreed with.

Furthermore, we noticed the students were fearful that they would be asked more questions once they had participated in a discussion. They assumed that we were checking whether they knew the right answers, and were surprised and sometimes also a bit annoyed when we made clear that these ‘right’ answers didn’t exist.

The ability to see a connection between different ideas and values was also often poor. For instance, together we developed the insight that in a democracy freedom of expression is important. They concluded that only as a result of freedom will new ideas come on the market, new ideas that could create innovation and progress. We remarked that we need alternative ideas so that voters have the opportunity to choose between options. An election without different candidates, or parties without different programs, is meaningless.

After this discussion, one might reasonably expect that the participants would query how “free” someone could be if they, like their parents, spend day in day out sitting on a couch, eating pizzas, drinking beer and watching TV. Instead, the general opinion was that this person is indeed totally free and more or less enjoying the absolute dream.

When asked whether there is a relation between freedom, and having knowledge of alternative ideas, values, life styles, worldviews, or cultural and artistic preferences, these pupils are mainly confused. The idea of “Bildung” does not resonate. When asked why they go to school, most answers are completely rational: to prepare themselves for a job that will generate an income so that they can build up a life (buy a house, buy a car, and go on holiday). They chose to go to school because all their friends do so, and German law dictates that they must. They had never really asked themselves, it was conceded, how this infringement of their freedom could be justified.

The empirical facts that we presented which highlighted extreme inequality of opportunities for men and women in Germany, did not stir strong emotions, not even among the girls. “Why should they get to the top?” two girls asked. What’s the problem not choosing to pursue leadership positions? They didn’t care if their boss was male or female -they just wanted to be paid on time, and be left alone. There were only two exceptions, one girl from Syria and one from Germany; they got angry when it was suggested that girls could not do maths.

The pupils were also unable to give any sociological explanations for the very unequal positions of women and men in German corporations (only 3% of the CEO’s are female). One boy of 18 explained that car manufacturing is a prime activity in Germany, and claimed that since women are not interested in cars, you will not find them at the top of the automobile industry.

On the third day of the workshops we discussed, among other things, homosexuality. All the pupils stated to have no personal problems with homosexuals.[2] They do know many people, though, that have strong reservations regarding homosexuality. One very articulate boy stated his best friend really hates gay people, but he chooses not to discuss the topic with his friend. For the participant, it is just a question of how his friend has been raised, and it is neither possible nor his duty, to convince him of something different. He believed that ideas in societies change because old generations die out and new generations will have other ideas. When his friend would get violent towards gay people, he would intervene because he is against violence. However, he does not intervene when people tell offensive jokes or express prejudices. He feels strongly that people have a right to their own beliefs.

The only other pupils to react were a young man from Afghanistan and a Syrian girl. The Afghan young man explains that in his culture and religion homosexuality is strongly forbidden, but he recognises that this is an idea that can change over time.

When asked why people “become” homosexuals, the ideas differed. Many believed it was a choice, some accepted the idea of it being a disease and some saw it as a natural phenomenon.

The Syrian girl stated that gay people should not marry and should not have children; for her only a man and a woman can build a family. Women treat children in different ways than men, and children cannot do without a mother. Some others replied that fathers can often be more kind, caring, warm and protective than mothers. They know this from their own experience. The girl is challenged with the idea that in male homosexual relationships one, or even both, partners can play the role she exclusively ascribes to women. The Syrian girl does not deny this all and she seems to start doubting.

We finish with a discussion on social justice. A little thought-experiment is presented: 100 people are shipwrecked together on an uninhabited island. How should they distribute what they produce together?

Once again we were struck by the lack of vocabulary to discuss this question in a meaningful way. The strong individualistic feeling is that everybody is responsible for themselves. Everybody can keep everything he gathers or produces. Everybody has to work. After this statement, there are not many further thoughts. We suggest that somebody can break a leg and consequently cannot work for some time. Should he starve? No, when it has not been his own fault, the others should take care of him. He should get what he needs to survive. Nothing more, and only if he works again afterwards.

What when somebody makes an invention that boosts production with 10%? Should he get more? How much? Why? What if somebody does not want a regular job, but rather wants to be creative? Make music, paint, or write? This should not be funded, is the consensus (or if there were people opposed, they not speak up).

We brought up the idea of a basic income (“bedingungsloses Grundeinkommen”). Everybody gets 1500 or 2000 Euro per month, no matter whether he “works”. This would make many human activities unnecessary. Many creative, innovative, cultural or social activities could then be taken up that were previously untouched because these activities do not provide people with an income. From an economic perspective, Germany might even be sufficiently wealthy to try out this idea.

The pupils reacted with total disbelief. When people get money for nothing, they would not work at all. They would all become pizza eating, beer drinking, tv watchers. Society would collapse. We would all starve. People have to work!

*Many thanks again to Jess Haigh for editing this article.

[1] The statement “People like me don’t have any say about what the government does” is seen in the literature as a strong indicator of alienation and populism. On a scale from one (completely disagree) to five (completely agree) the answers were evenly distributed yet: two people completely disagreed, four answered with a 2, four with a 3, three with a four and two people completely agreed. To the question “When you would have the chance to vote in the next election, what is the percent chance that you will actually vote?” nine out of fourteen people answered with 75 or 100%. Only one person knew for sure that he would not vote. The question “How confident are you in your own ability to participate in politics?” could be answered on a scale from 1 (not at all confident) to 5 (very confident). Two people responded with a 2, five with a 3, four with a 4, and one with a 5. This relative confidence, engagement and inclusion, might cause a more than average political competence.

[2] Fourteen people reacted to the statement in the survey “Homosexuality is an illness that can be cured”. On a scale from 1 to 5, ten replied “completely disagree” (1). One replied with “completely agree” (5). Two replied with 2, and one with 4.